The N-1 rockets were assembled in a factory at Baikonur before being moved out to the launch site. The rockets were mounted on a special carrier, known as the ‘grasshopper’ because the structures that lifted the rocket up look like the legs of a grasshopper. The rocket moved base first, and was pulled along a pair of parallel train tracks by two trains, to the launch site. 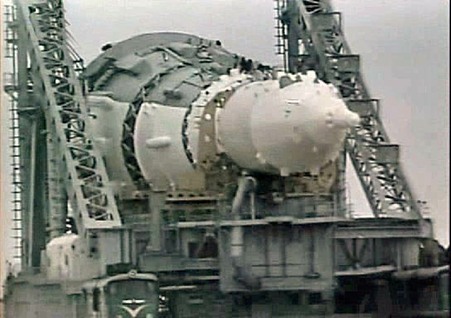 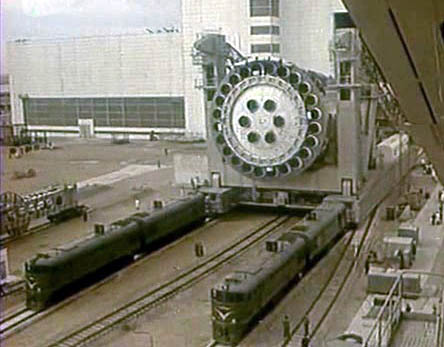 As is normal for Soviet and Russian rockets, it is erected when it gets to the site, where it is carefully positioned over the blast pits. The base of the N-1 had four rectangular systems attached to the base just under the outer ring of engines, which ensured it was perfectly level. (See ‘N-1 systems’ for more information.) For the N-1 there was a central round hole, over which the rocket is mounted, and three rectangular blast pits around it, which would have water in the bottom for a launch 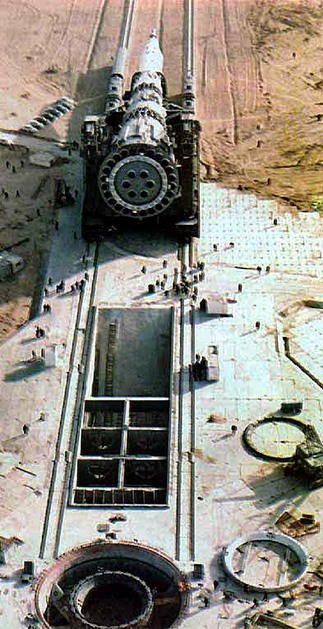 The launch tower / gantry is huge, and even taller are the two towers which are there to act as lightning conductors, and protect the rocket from lightning strikes. The launch towers rotated to bring the service tower up against the rocket for maintenance, and getting the crew on board, pulling back to a safe distance for the launch. 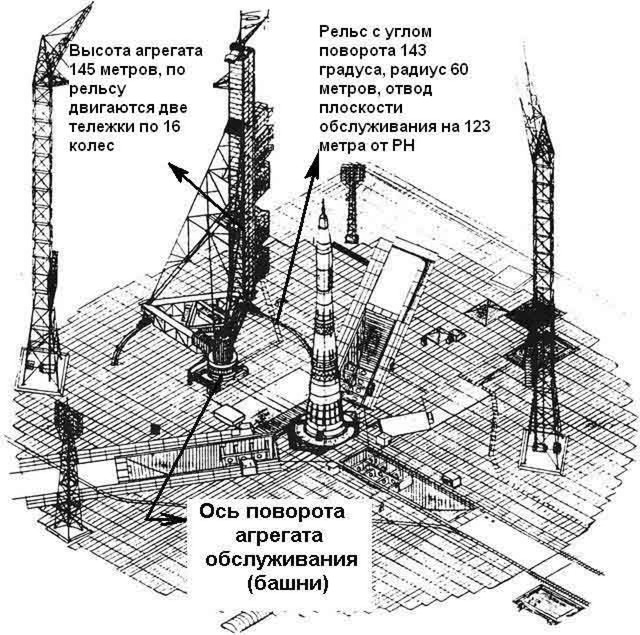 Two launch sites were built, but one was damaged beyond use when the N1-5L failed seconds after launch, and fell back onto the pad with an immense explosion. After the N-1 program was cancelled, the facilities were adapted for Buran. The upper sections of the towers were removed, as were the upper struts. 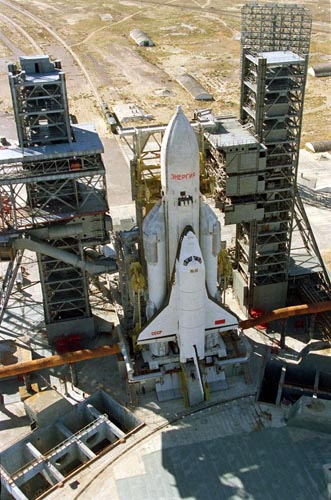 Personally I am fascinated by the flights of steps running up the supporting struts – they would require good personal fitness and a good head for heights too! It must have been truly incredible to be the man who operated the crane at the top!

Unlike the rocket itself, no attempt was made to destroy the launch systems, though what they were originally for was kept secret, including from those who worked on adapting them for Buran. Parts of the rotating structures survive to this day - though sadly no attempt has been made to conserve them. The facilities are big enough to show up clearly on Google Earth, where it is easy to make out the triangular base of the rotating structure, and the three symmetrical blast pits. A grasshopper carrier also survives, and can be seen by tourists.

Here is the site of the N-1 pads on Google Maps: 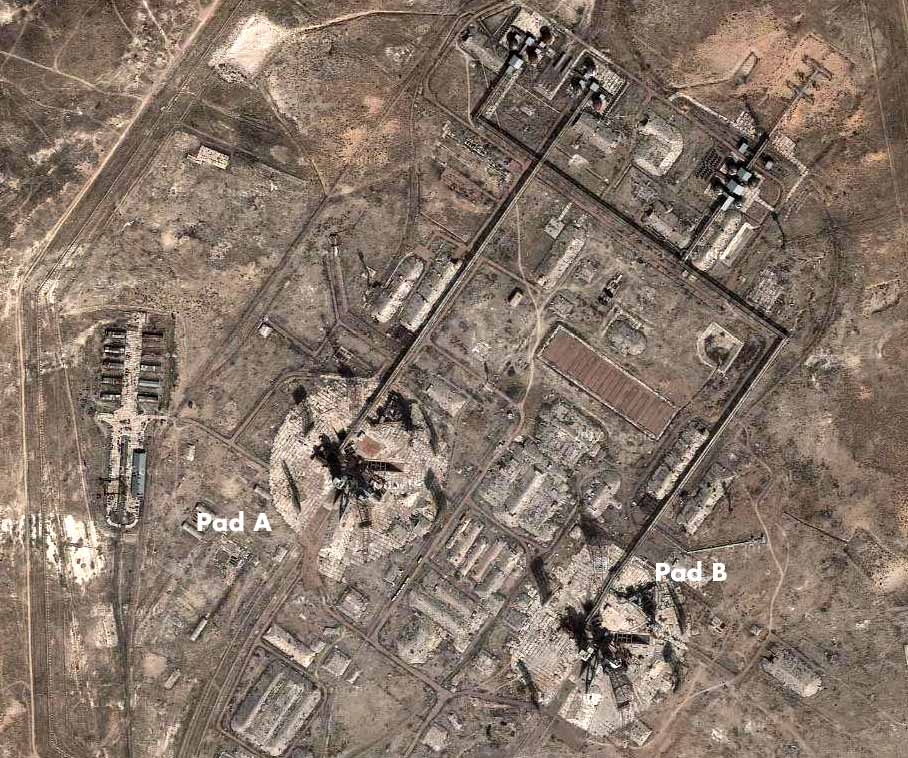 An here is an enhanced colour version::